Leonteq, a finance and technology company, is one of e.near’s new clients. The announcement of this partnership means more than 30 new employment opportunities. It also strenghtens the position of the company as one of the most valuable providers of nearshore services in Portugal.

Leonteq is one of the new e.near’s european partners. Based in Switzerland, Leonteq AG is a finance and technology company. Having the structured products segment as its focus, it serves over 50 markets and has offices and subsidiaries spread over 10 countries. Now, Leonteq has e.near as a partner for providing remote teams – but that’s not all. 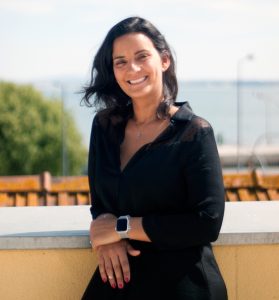 At first, Leonteq was only looking for Scala technology resources. So, on the first few meetings, Leonteq’s team was given the complete information about e.near and its resources. The experience and knowledge e.near has in Scala made the symbiosis between both  companies almost inevitable. “Our wide experience in Scala and fintech made us the ideal partner”, believes Inês Malheiro, e.near’s CEO.

Besides that, it was clear that “e.near has an excellent reputation abroad” and it gave Leonteq additional confidence. So much that now Leonteq wants even more. “They are planning to open a Leonteq branch in Portugal. And since we have experience helping other companies with that process, we’re helping them as well.”, refers Inês Malheiro, while lifting the corner of the veil about what the future may hold.

It is not only Scala resources the Swiss fintech company needs anymore. Inês Malheiro outlines that “now we’re recruiting more than 30 IT and non-IT positions, only for Leonteq.” But the biggest challenge of this partnership is still finding enough Scala developers, according to e.near’s CEO. “Leonteq needs a big number of them, but it is a recent language in Portugal. In fact, probably a big part of Scala developers living in Portugal have already worked for e.near in the past.”.

This partnership between Leonteq and e.near is the beginning of a great journey that’s already helping the economy. Dozens of new job offers for IT and non-IT professionals are already available on our website. But besides that, e.near is betting on young people and new talents that fit Leonteq’s needs. Soon, e.near will start an Academy fit for IT students. But while we’re working on that, we’re already hiring young people directly from Universities. “It’s amazing when we feel we’re making a difference”, concludes Inês Malheiro.